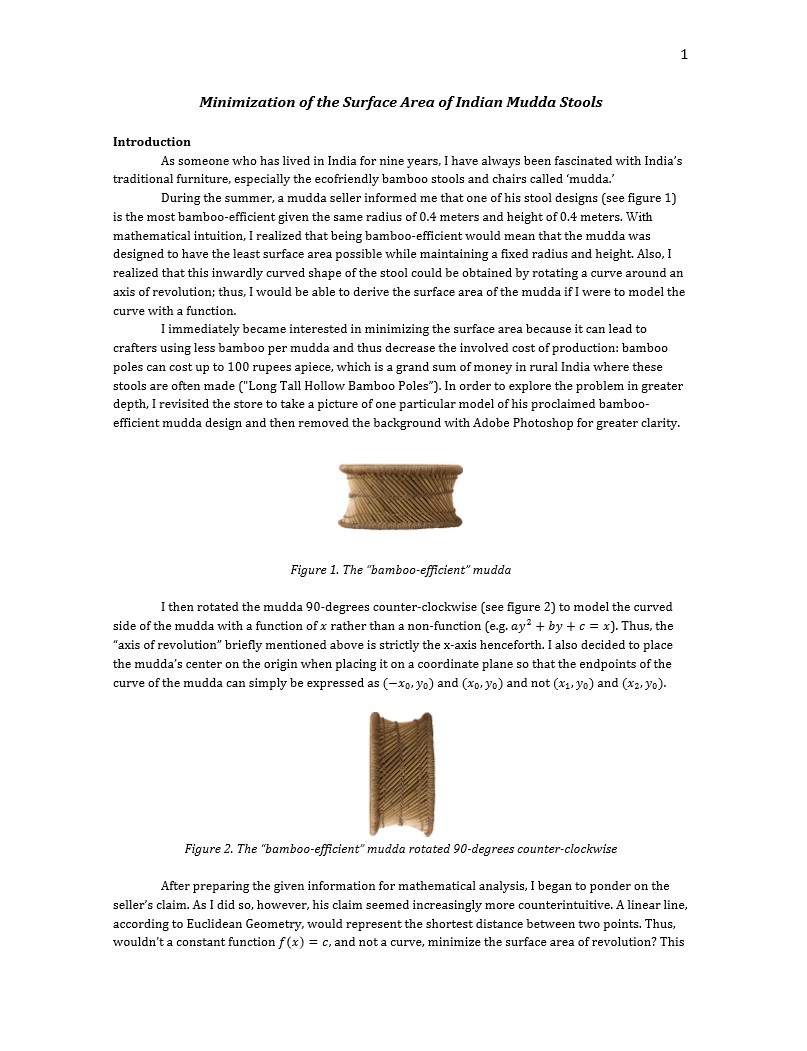 As someone who has lived in India for nine years, I have always been fascinated with India’s traditional furniture, especially the ecofriendly bamboo stools and chairs called ‘mudda.’

During the summer, a mudda seller informed me that one of his stool designs (see figure 1) is the most bamboo-efficient given the same radius of 0.4 meters and height of 0.4 meters. With mathematical intuition, I realized that being bamboo-efficient would mean that the mudda was designed to have the least surface area possible while maintaining a fixed radius and height. Also, I realized that this inwardly curved shape of the stool could be obtained by rotating a curve around an axis of revolution; thus, I would be able to derive the surface area of the mudda if I were to model the curve with a function.

I immediately became interested in minimizing the surface area because it can lead to crafters using less bamboo per mudda and thus decrease the involved cost of production: bamboo poles can cost up to 100 rupees apiece, which is a grand sum of money in rural India where these stools are often made (“Long Tall Hollow Bamboo Poles”). In order to explore the problem in greater depth, I revisited the store to take a picture of one particular model of his proclaimed bambooefficient mudda design and then removed the background with Adobe Photoshop for greater clarity…