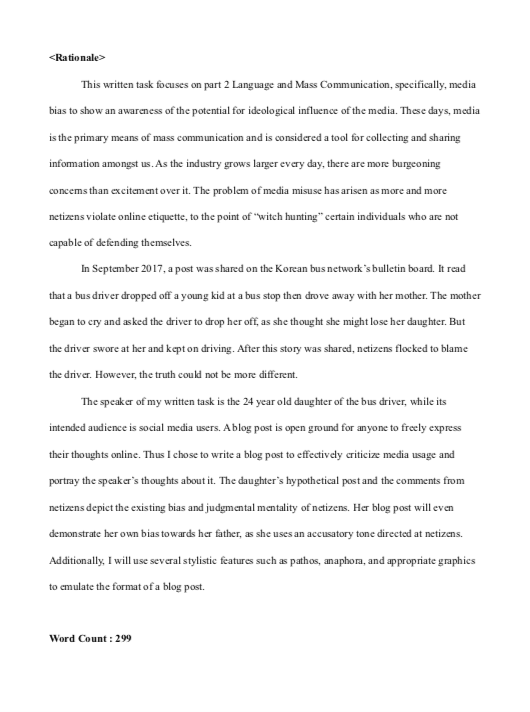 This written task focuses on part 2 Language and Mass Communication, specifically, media bias to show an awareness of the potential for ideological influence of the media. These days, media is the primary means of mass communication and is considered a tool for collecting and sharing information amongst us. As the industry grows larger every day, there are more burgeoning concerns than excitement over it. The problem of media misuse has arisen as more and more netizens violate online etiquette, to the point of “witch hunting” certain individuals who are not capable of defending themselves.

In September 2017, a post was shared on the Korean bus network’s bulletin board. It read that a bus driver dropped off a young kid at a bus stop then drove away with her mother. The mother began to cry and asked the driver to drop her off, as she thought she might lose her daughter. But the driver swore at her and kept on driving. After this story was shared, netizens flocked to blame the driver. However, the truth could not be more different…