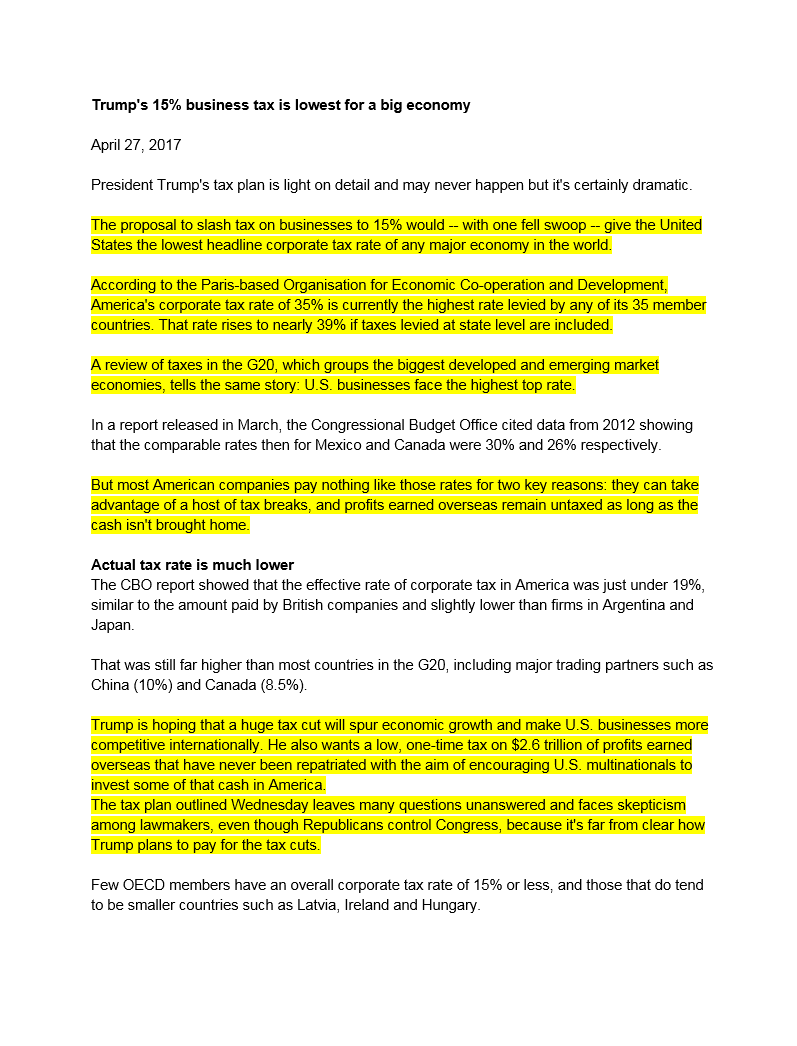 Trump’s 15% business tax is lowest for a big economy
April 27, 2017
President Trump’s tax plan is light on detail and may never happen but it’s certainly dramatic.
The proposal to slash tax on businesses to 15% would — with one fell swoop — give the United States the lowest headline corporate tax rate of any major economy in the world.
According to the Paris-based Organisation for Economic Co-operation and Development, America’s corporate tax rate of 35% is currently the highest rate levied by any of its 35 member countries. That rate rises to nearly 39% if taxes levied at state level are included.
A review of taxes in the G20, which groups the biggest developed and emerging market economies, tells the same story: U.S. businesses face the highest top rate.
In a report released in March, the Congressional Budget Office cited data from 2012 showing that the comparable rates then for Mexico and Canada were 30% and 26% respectively.