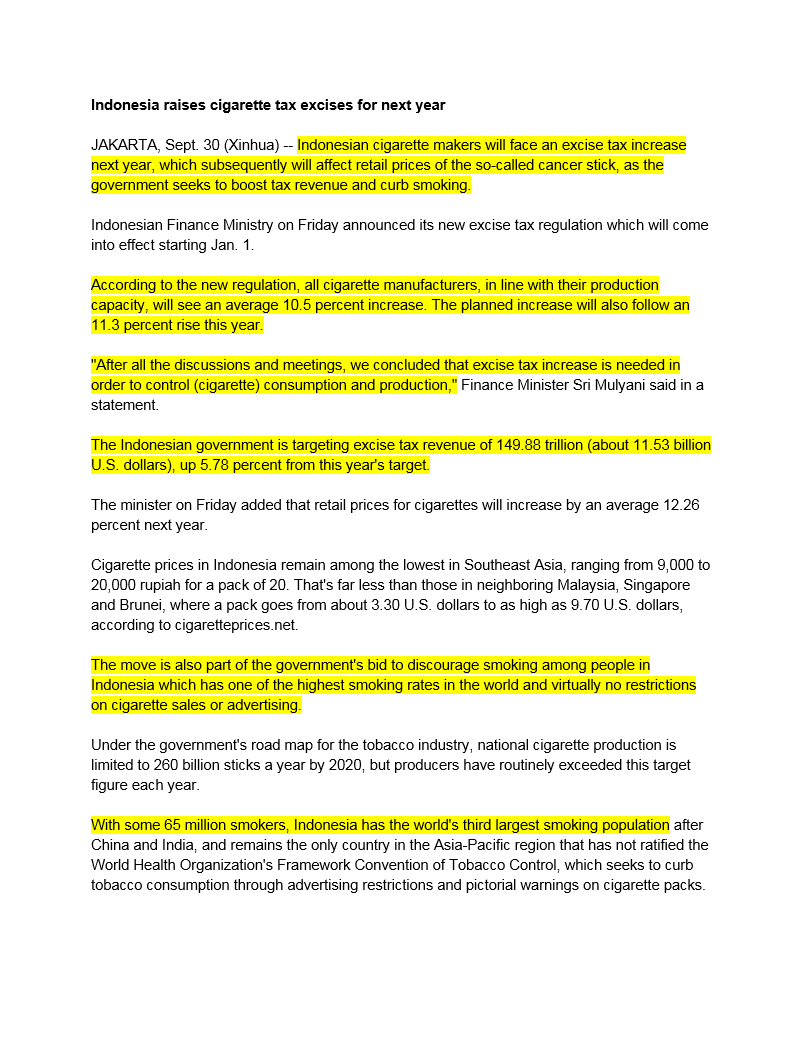 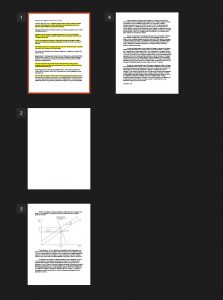 JAKARTA, Sept. 30 (Xinhua) – Indonesia cigarette makerse will face an excise tax increase next year, which subsequently will affect retail prices of the so-called cancer stick, as the government seeks to boost tax revenue and curb smoking.

According to the new regulation, all cigarette manufacturers, in line with their production capacity, will see an average 10.5 percent increase. The planned increase will also follow an 11.3 percent rise this year.

“After all the discussions and meetings, we concluded that excise tax increase is needed in order to control (Garrett) consumption and production,” Finance Minister Sri Mulyani said in a statement.