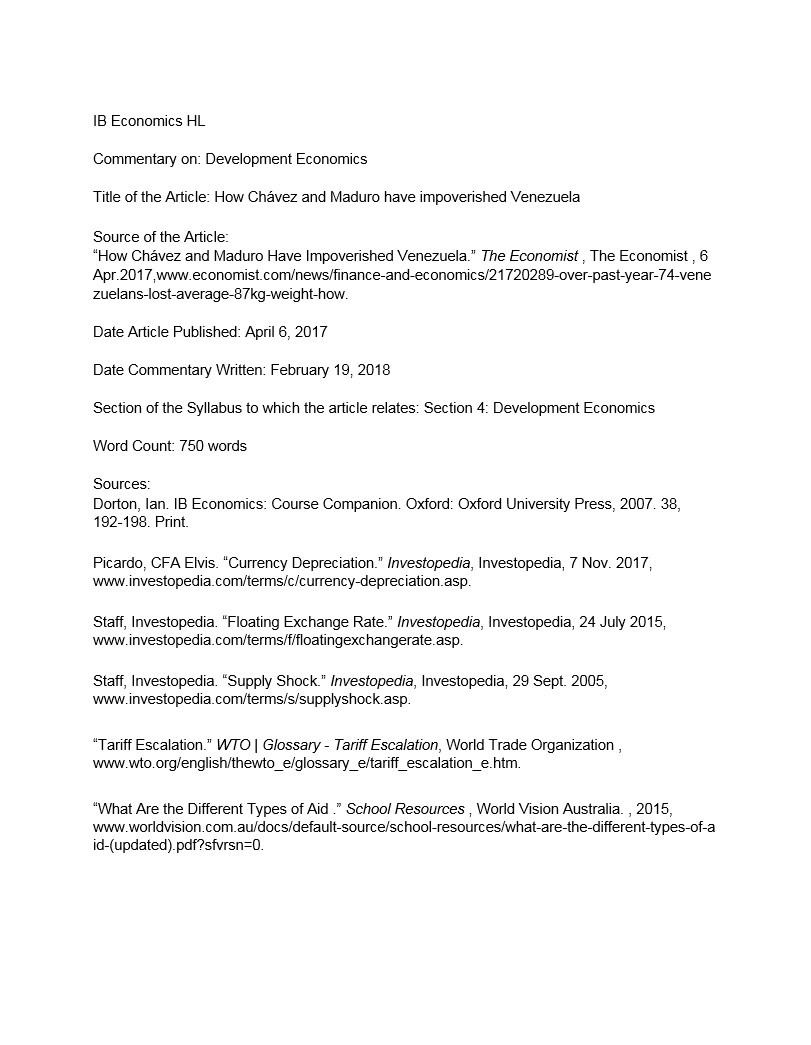 IT IS hard to convey the severity of Venezuela’s unfolding crisis. Its extent is astounding: ​the economy shrank by 10% last year, and will be 23% smaller than in 2013 by the end of this year​, according to IMF forecasts. ​Inflation may exceed 1,600% this year.​ The human details are more poignant: over the past year around three-quarters of Venezuelans have lost weight, averaging 8.7kg per person, because of a scarcity of food. No war, foreign or civil, is to blame for this catastrophe. Venezuela did this to itself. Fifty years ago, Venezuela was an example to the rest of Latin America, a relatively stable democracy and not much poorer than Britain. How did this tragedy occur?
Venezuela’s economy is built on oil—its leaders boast it has the world’s largest proven reserves—and it is tempting to blame fickle crude prices for its woes….