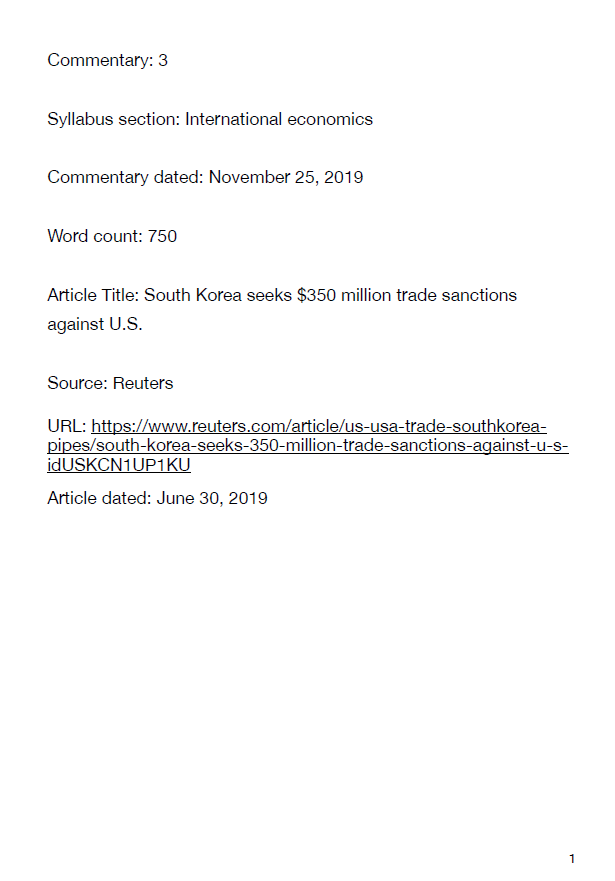 GENEVA (Reuters) – South Korea is seeking an annual $350 million in trade sanctions
against the United States in an Obama-era dispute over tariffs on steel pipes, it said in a
World Trade Organization (WTO) filing published on Tuesday.

South Korea went to the WTO in 2014 to challenge U.S. tariffs levied on oil country
tubular goods (OCTG), a type of steel piping used in the energy industry.

Washington said its tariffs aimed to stop South Korea exporting the product at unfairly
cheap prices. After South Korea won a partial victory at the WTO, the United States had
until July 12 to comply with that ruling.

South Korea said the United States had failed to do so and it was seeking sanctions
equal to the level of trade harm done.