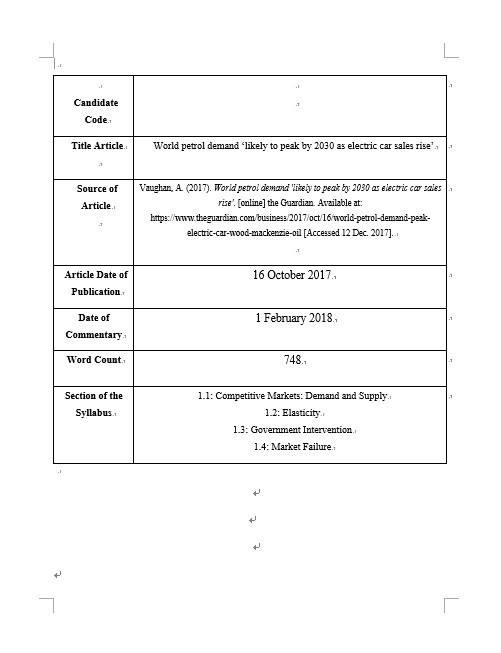 World petrol demand will peak within 13 years thanks to the impact of electric cars and more efficient engines, energy experts have predicted. UK-based Wood Mackenzie said it expected the take-up of electric vehicles to cut gasoline demand significantly, particularly beyond 2025 as the battery-powered cars go mainstream.

Combined with car manufacturers forced by regulations to produce models that run further on the same amount of oil, a new report by the analysts suggests global gasoline demand is likely to peak by 2030.

The UK and France have recently said they will phase out sales of new petrol and diesel cars by 2040. China, the world’s biggest car market, is mulling a similar move…