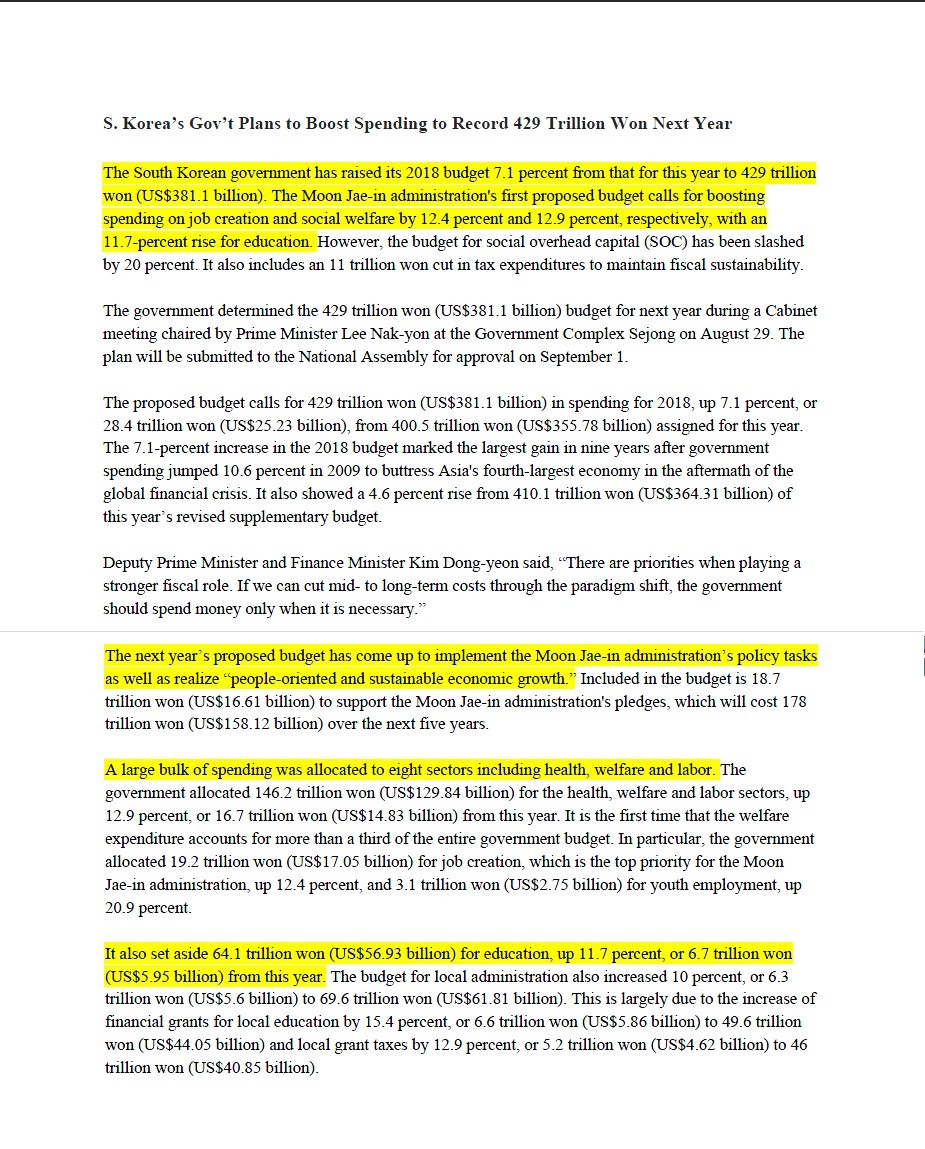 The South Korean government has raised its 2018 budget 7.1 percent from that for this year to 429 trillion won (US$381.1 billion). The Moon Jae-in administration’s first proposed budget calls for boosting spending on job creation and social welfare by 12.4 percent and 12.9 percent, respectively, with an 11.7-percent rise for education. However, the budget for social overhead capital (SOC) has been slashed by 20 percent. It also includes an 11 trillion won cut in tax expenditures to maintain fiscal sustainability.