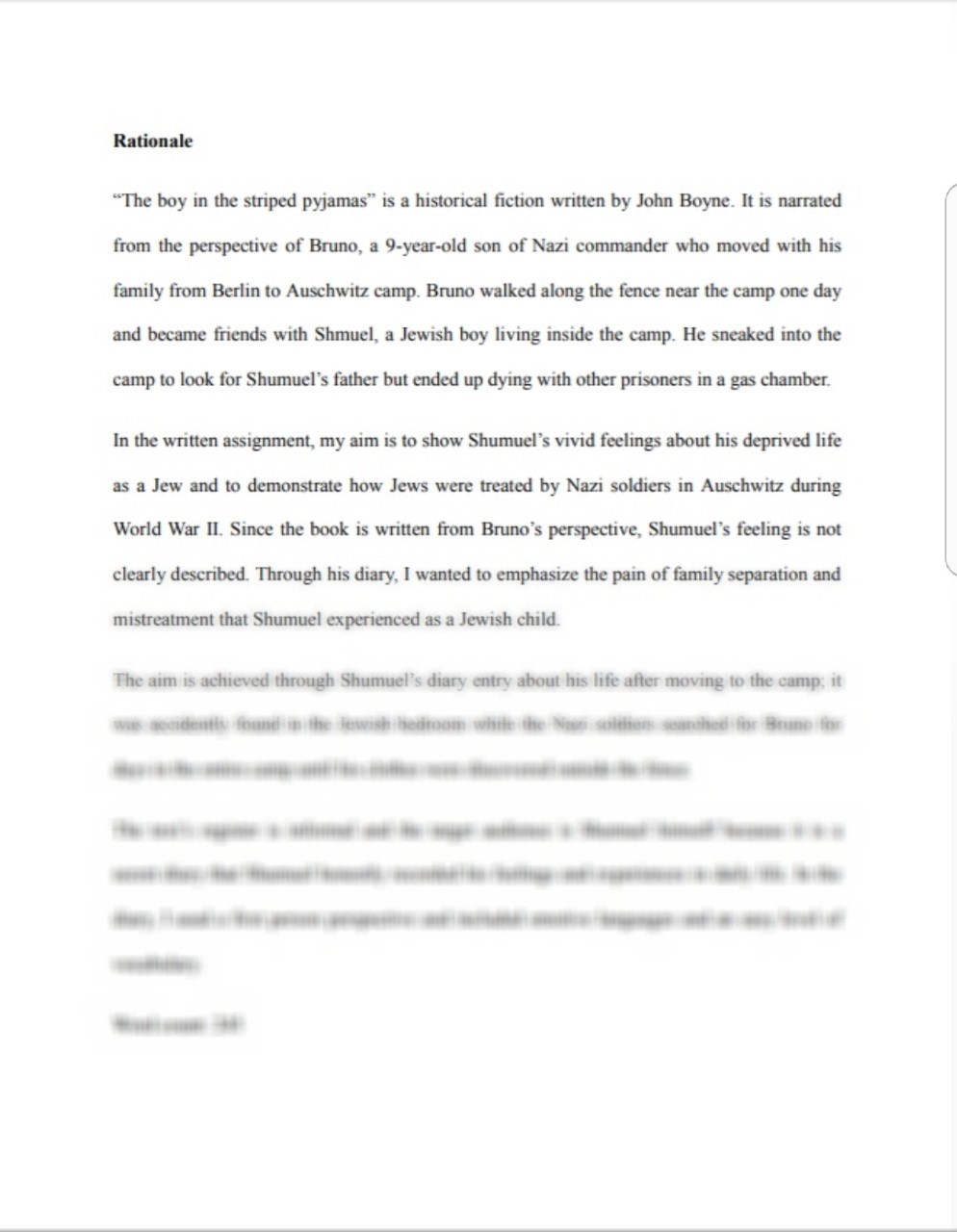 “The boy in the striped pyjamas” is a historical fiction written by John Boyne. It is narrated from the perspective of Bruno, a 9-year-old son of Nazi commander who moved with his family from Berlin to Auschwitz camp. Bruno walked along the fence near the camp one day and became friends with Shmuel, a Jewish boy living inside the camp. He sneaked into the camp to look for Shumuel’s father but ended up dying with other prisoners in a gas chamber.

In the written assignment, my aim is to show Shumuel’s vivid feelings about his deprived life as a Jew and to demonstrate how Jews were treated by Nazi soldiers in Auschwitz during World War II. Since the book is written from Bruno’s perspective, Shumuel’s feeling is not clearly described. Through his diary, I wanted to emphasize the pain of family separation and mistreatment that Shumuel experienced as a Jewish child…