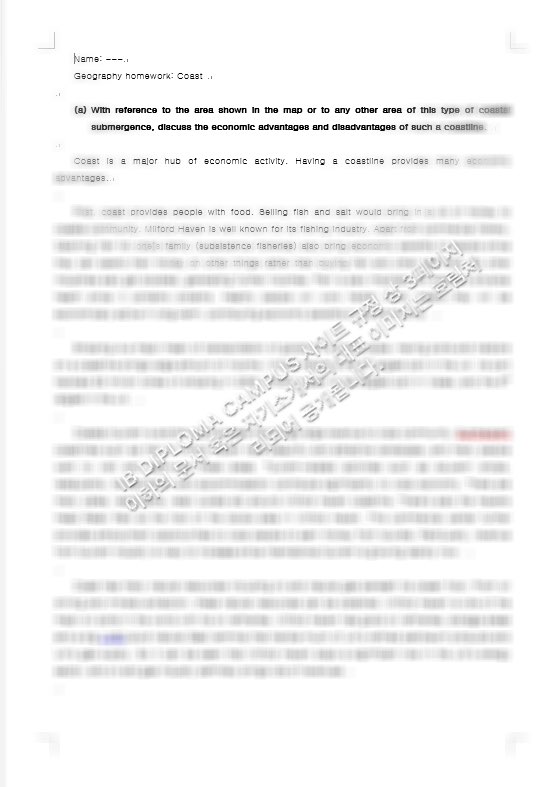 Coast is a major hub of economic activity. Having a coastline provides many economic advantages.

First, coast provides people with food. Selling fish and salt would bring in a lot of money to coastal community. Milford Haven is well known for its fishing industry. Apart from commercial fishery, Catching fish for one’s family (subsistence fisheries) also bring economic benefits to people since they can spend their money on other things rather than buying fish and other sea food. So other industries also get boosted, generating further incomes. Fish is also important for people’s physical health since it contains proteins. Healthy people will work harder which means they will be economically active in long-term, contributing economic benefits to the community.

Shipping is a major mean of transportation of goods on a global scale. Having ports and harbors on a coastline brings large amount of income. Milford Haven is the 6th largest port in the UK. Its port handled 53 million tones of shipping in 2008…