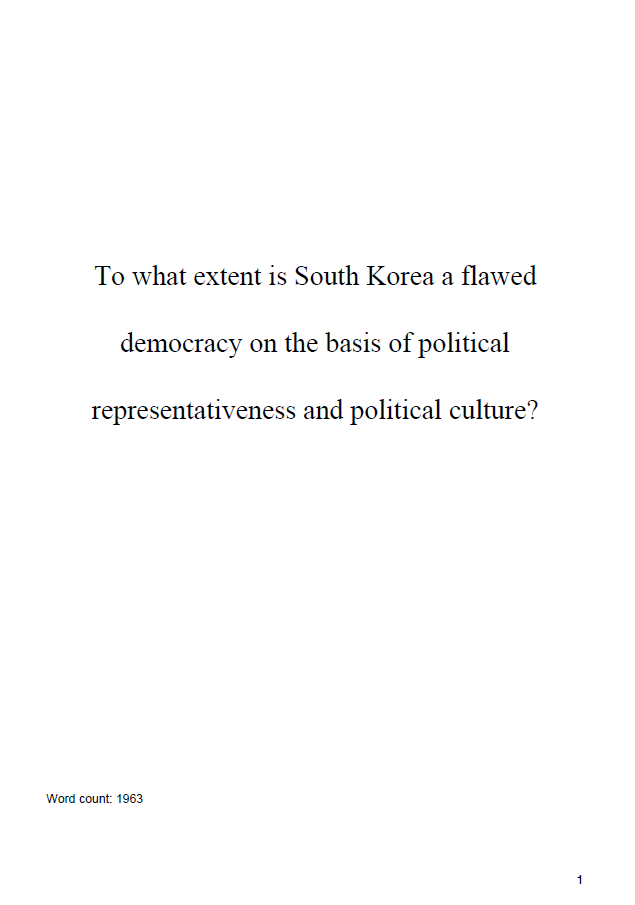 주제: To what extent is South Korea a flawed democracy on the basis of political representativeness and political culture?