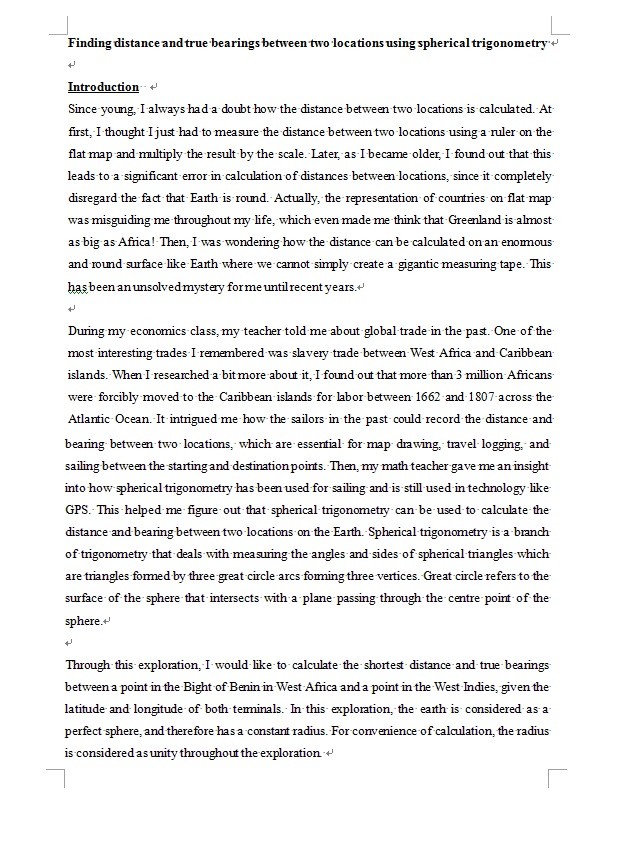 Since young, I always had a doubt how the distance between two locations is calculated. At first, I thought I just had to measure the distance between two locations using a ruler on the flat map and multiply the result by the scale. Later, as I became older, I found out that this leads to a significant error in calculation of distances between locations, since it completely disregard the fact that Earth is round. Actually, the representation of countries on flat map was misguiding me throughout my life, which even made me think that Greenland is almost as big as Africa! Then, I was wondering how the distance can be calculated on an enormous and round surface like Earth where we cannot simply create a gigantic measuring tape. This has been an unsolved mystery for me until recent years.

During my economics class, my teacher told me about global trade in the past. One of the most interesting trades I remembered was slavery trade between West Africa and Caribbean islands. When I researched a bit more about it, I found out that more than 3 million Africans were forcibly moved to the Caribbean islands for labor between 1662 and 1807 across the Atlantic Ocean. It intrigued me how the sailors in the past could record the distance and bearing between two locations, which are essential for map drawing, travel logging, and sailing between the starting and destination points…