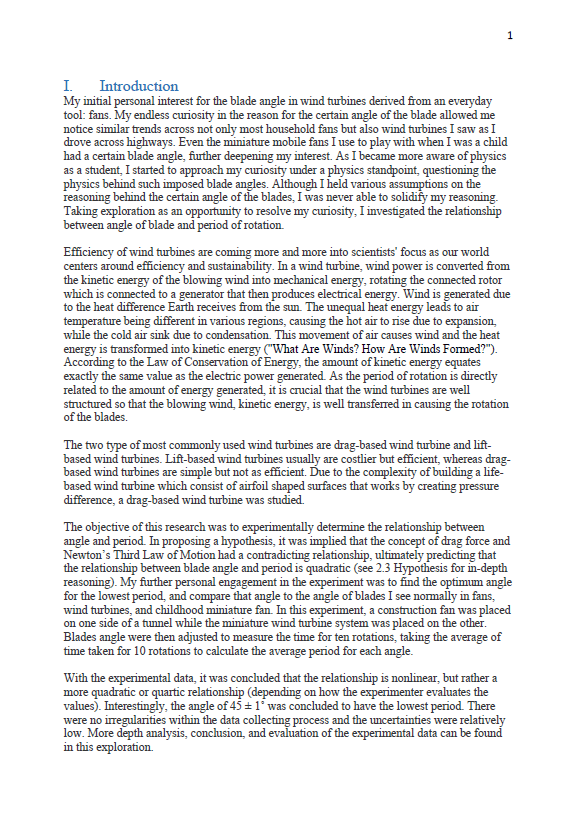 This IA received a final score of 23/24. The investigation explores how the changes in degree of blades of a turbine influence its efficiency.

I. Introduction
My initial personal interest for the blade angle in wind turbines derived from an everyday
tool: fans. My endless curiosity in the reason for the certain angle of the blade allowed me
notice similar trends across not only most household fans but also wind turbines I saw as I
drove across highways. Even the miniature mobile fans I use to play with when I was a child
had a certain blade angle, further deepening my interest. As I became more aware of physics
as a student, I started to approach my curiosity under a physics standpoint, questioning the
physics behind such imposed blade angles. Although I held various assumptions on the
reasoning behind the certain angle of the blades, I was never able to solidify my reasoning.
Taking exploration as an opportunity to resolve my curiosity, I investigated the relationship
between angle of blade and period of rotation…