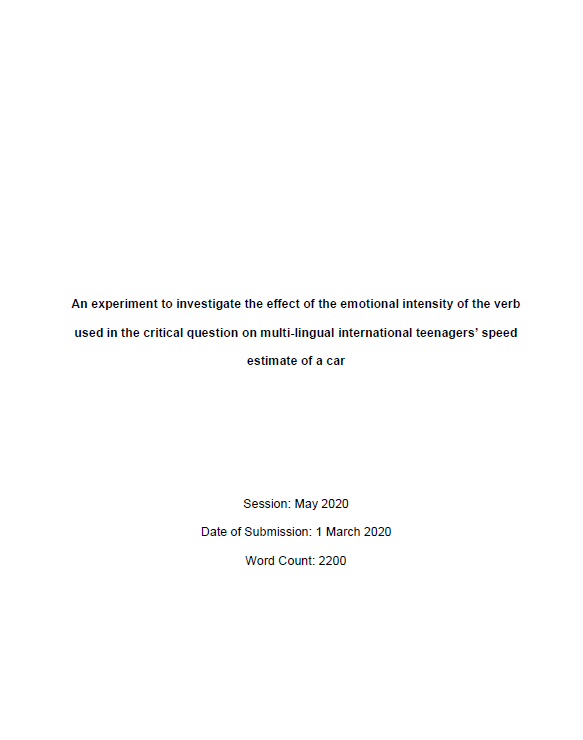 본 문서는 2019년도에 작성했던 Psychology HL IA이며, high 7을 받았습니다. 주제는 “An experiment to investigate the effect of the emotional intensity of the verb used in the critical question on multi-lingual international teenagers’ speed estimate of a car” 입니다. 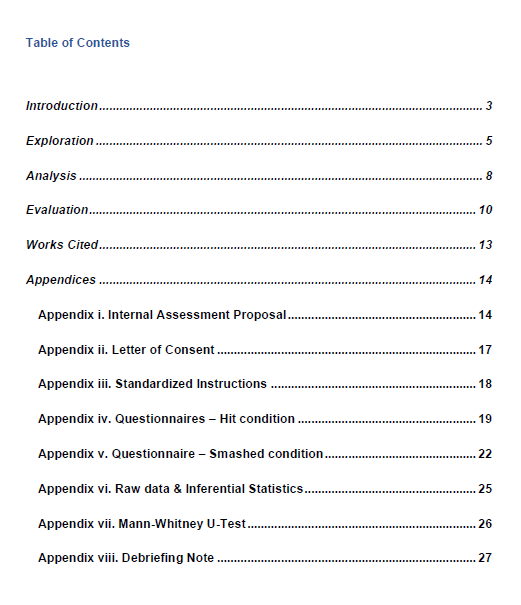 In cognitive psychology, eyewitness testimony is an important area of research. There are many theories related to this area discussing what may affect our memory: schema theory, a theory of reconstructive memory, and misinformation effect. Bartlett (1932) demonstrated how schemas from culture and experience can distort recollections in his experiment proposing “schema theory”. Schema theory suggests that schema, “an active organization of past reactions, or of past experiences, which must always be supposed to be operating in any well-adapted organic response (Bartlett)”, play a role in our memory reconstruction. According to schema theory, three patterns of distortion in our memory take place: assimilation, leveling, sharpening. Memory assimilates to our expectations while any unfamiliar elements that do not match our schema are eliminated or reconstructed to match our expectations.

Bartlett’s schema theory was corroborated in Loftus and Palmer (1974)’s first experiment where they investigated if people’s memory on speed estimate can be manipulated by the wording of a question (Loftus and Palmer, 1974). In their independent samples design experiment, 45 university students were shown seven (5 to 30 seconds long) car-accident films depicting vehicles in a collision. Then a questionnaire with several specific questions about the accident was given…